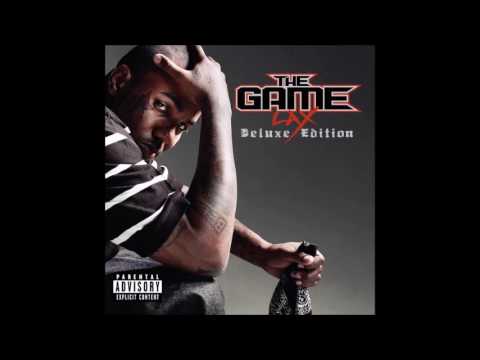 [Intro]
Cool & Dre
Back on the motherfuckin Westside
L.A.X. niggas, yeah
Y’all know who the fuck I am

[Verse 1]
I’m free as a motherfuckin’ bird I swear
Disappear in thin air, there go Game, nigga where?
Posted on the block, in them black Airs
In that all-black Phantom, hug the block like a bear
Yeah, that V-12 is roarin
Flyin’ through the city with the pedal to the floor then
I put them 26, inches on the curb
Tell the hood I’m back, give me a corner let me swerve
Swerve, I’m still dope, that’s my word
All I did was switch the kitchens and subtract all the birds
Irv… Gotti know I’m a murderer
Half these niggas beefin’ with me, I never heard of them
If I was the old me, I would murder them
Matter fact, if I was the old me? I would CURTIS them
Courtesy of my Smith & Wesson
I kill tracks like AIDS nigga, get infected!

[Verse 2]
I “Get Money” like Junior M.A.F.I.A. used to
On my way to school, ten thousand in my FUBU
Lunchtime I was sellin’
Behind the bungalows, baggin’ up rocks the size of melons
That’s when the fiends start tellin’
You can catch ’em on the couch, everyday at 4 o’clock like Ellen
Primetime nigga, is my time nigga
Jacob ain’t got shit to do with my shine nigga
Cause when the sun come up
From behind the sea, niggas see me behind the B
ENT, don’t stand for entertainment
It stand for zero to 60, anybody see where Game went?
To the hood, parked crooked behind that chain fence
And I’m goin’ down behind my dogs but I ain’t Vick
Tell me one album I put out that ain’t sick?
No I’m not the Doctor, but I produce the same shit!

[Verse 3]
The Chronic, Makaveli to Doggystyle
Bad influences, so my momma told me to turn ’em down
She went to sleep so my father said I could turn it up
What did he care, he in the bathroom sherm’n up
So I let that Dogg Pound rock
Let that Ice Cube knock, ’til my sister pressed stop
Soon as she left out, like Diddy, I Pressed Play
That’s when that Hard Knock Life, introduced me to Just Blaze
I would sit in my room, and just blaze
Before chronic had all these funny names, it was just haze
No hash, cause it was just haze
And I would get so high, nigga that I would just gaze
I mean I was so amazed somethin’ so fuckin green
Could turn this little-ass house into a maze
Chronic 2001, got me through my hardest days
And just think, my momma said marijuana was a phase

[Verse 3 Street Single (Alternative)]
Yo Jay, what it do, nigga?
I done rocked enough fellas to be you, nigga
I got my 40-40, they my two Jiggas
They’ll make you ‘Holla Holla’, I Ja Rule niggas
The lions in the room, what up Fat Joe?
I’m Curtis’ Kryptonite, and the nigga Joey Crack know
Whoever said “The Game over” must’ve had a hangover
Get money, my driveways sponsored by Range Rover
I got Blood Diamonds, straight outta Angola
The way my red rag in the air signal Lil Wayne over
Yeah, that’s when the Cris start poppin’
The pills start droppin’ and the haters start watchin’
The DJ starts spinnin’, the panties get to droppin’
For album number 3, and going Platinums not an option
I’m back with Cool & Dre, AKA ‘The Monsters’
And I got one word for you motherfuckers..
COMPTON!

[Outro]
You was wrong momma
Shit I love you but I’m still smokin
I love you momma!
Chronic 2001 to infinity MOTHERFUCKER, haha
Dr. Dre started it
I just finished it! I mean, a-hem
Picked up where the big homey left off, FEEL ME?
(IT’S COMPTON)
Ahahah

3 thoughts on “The Game – Big Dreams”