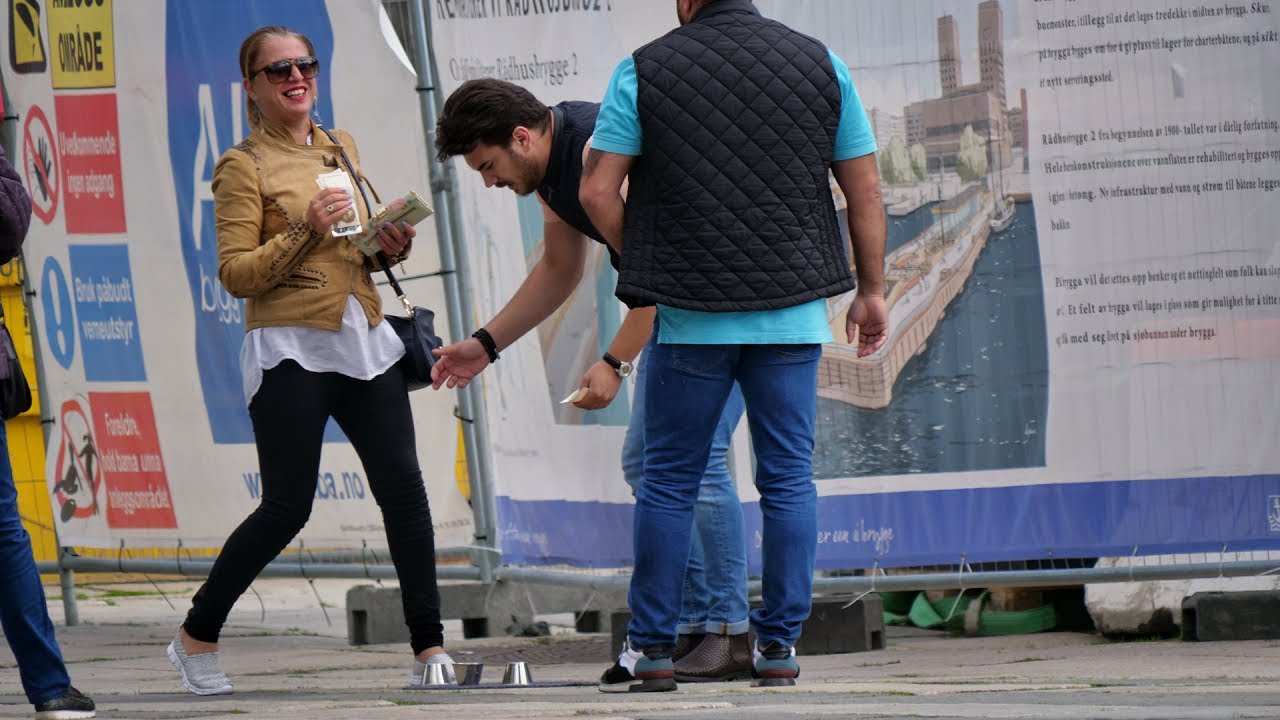 A group of six Romanians are doing a shell game street scam scheme in Norway, Oslo.

The shell game (also known as thimblerig, three shells and a pea, the old army game) is portrayed as a gambling game, but in reality, when a wager for money is made, it is almost always a confidence trick used to perpetrate fraud. In confidence trick slang, this swindle is referred to as a short-con because it is quick and easy to pull off.

In the shell game, three or more identical containers (which may be cups, shells, bottle caps, or anything else) are placed face-down on a surface. A small ball is placed beneath one of these containers so that it cannot be seen, and they are then shuffled by the operator in plain view.

One or more players are invited to bet on which container holds the ball – typically, the operator offers to double the player’s stake if they guess right. Where the game is played honestly, the operator can win if he shuffles the containers in a way which the player cannot follow.

In practice, however, the shell game is notorious for its use by confidence tricksters who will typically rig the game using sleight of hand to move or hide the ball during play and replace it as required. Fraudulent shell games are also known for the use of psychological tricks to convince potential players of the legitimacy of the game – for example, by using shills or by allowing a player to win a few times before beginning the scam.