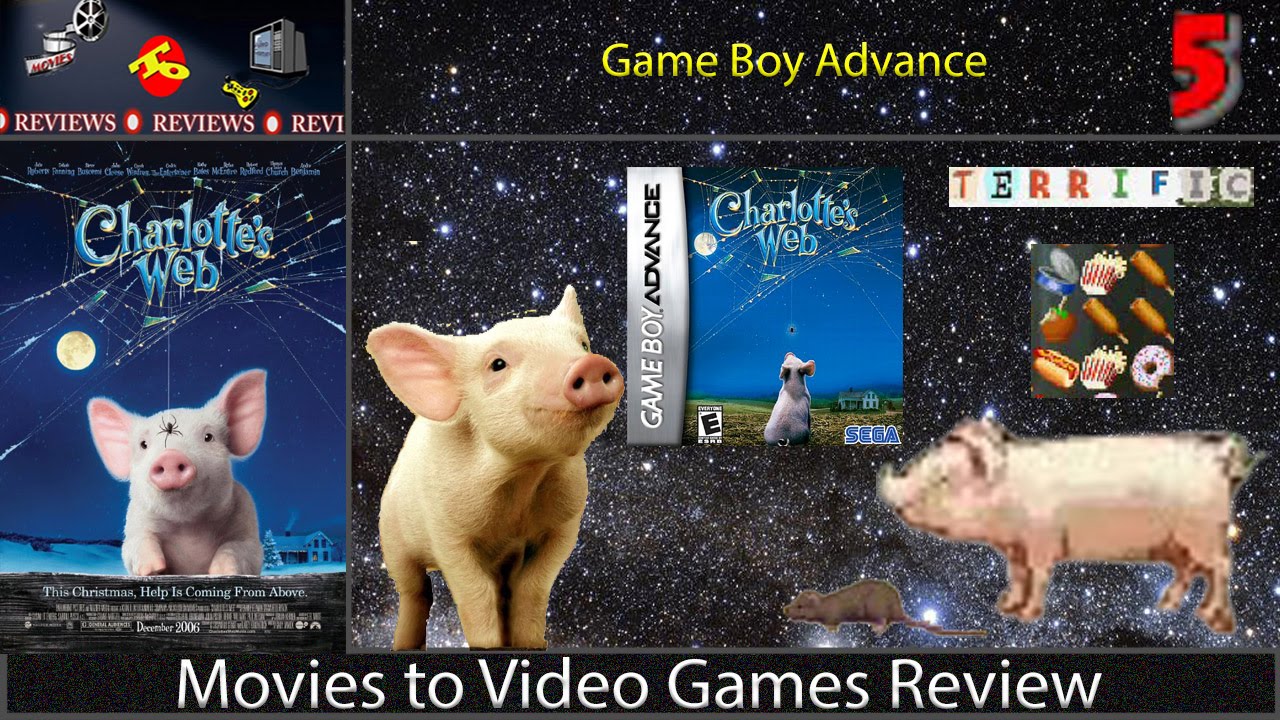 This video has been updated and revised and can be found at:

Please be sure to check out the new version of the same review for optimal viewing on your computer or device.

Charlotte’s Web for the Game Boy Advance (GBA) is fully reviewed and analyzed as compared to the actual movie itself.

Please note: This review will also count as the DS version which is basically the same game with some mini games added in through the use of the touch screen in mid stage points. As well as giving more space for text and maps during game play. But there won’t be anothe review done to include the DS version unless a revision 2 is made somewhere in the future. Which is unlikely.

In the means of saving space the score tallies used to get to the final score are listed here instead of in the review itself. They are on a 1-10 scale with 10 being the best score possible:

Story Accuracy to the Movie 5.5
(The characters from the film show up here and there are minor touches that give nods to the film besides that though this is not too true to the movie. The storybook mode does at least tell the story of the movie so that gives for a better rating here then it would have gotten.)

Music Soundtrack Accuracy to the Movie’s 1.5
(None of the music in this game is based on anything from the film. It does at least give you the feel of the film through the music but it is new and original and not based on the soundtrack.)

Game Difficulty 3.0
(The only really difficult moments of the game come with double jumping to platforms. Besides that the game is very linear and simple for players of all ages. Game will be defeated within a few hours with Replayability very low.)

Overall Fun 3.5
(Only very young fans of the movie may find any fun in this game adaptation. It is nothing original and different from most movie based GBA games and gets boring and repetitive fast..)