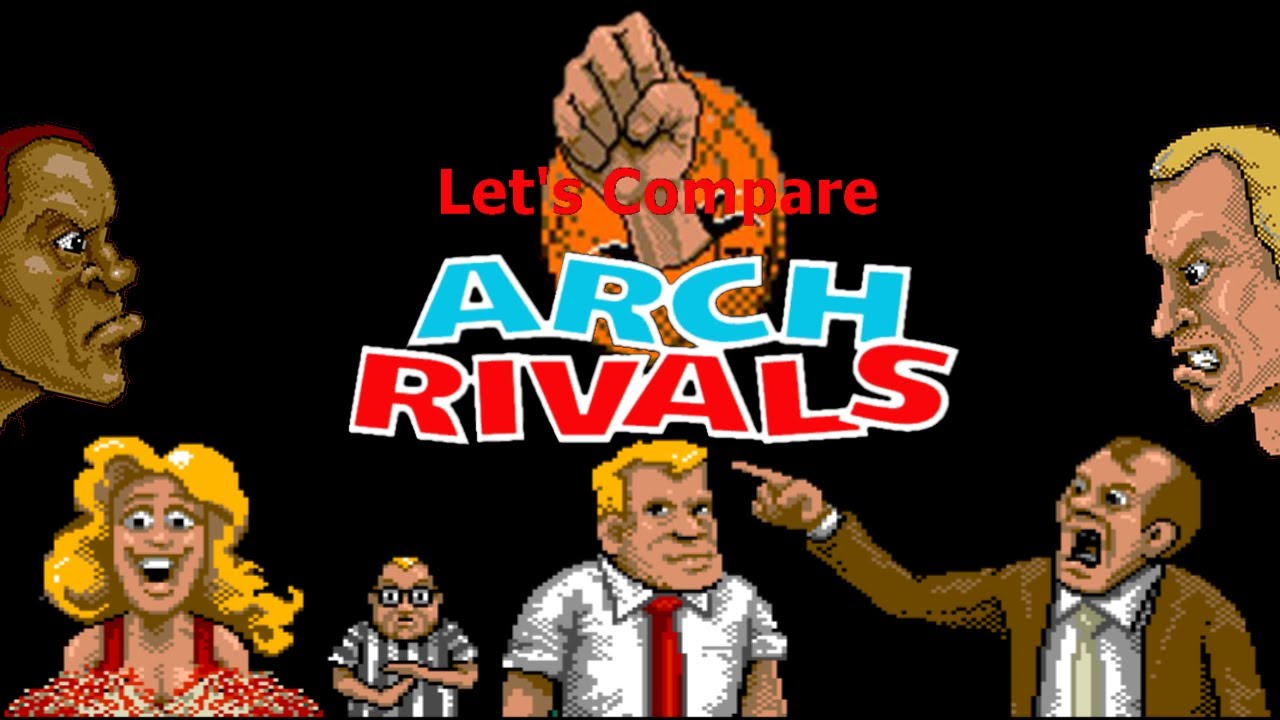 Arch Rivals is a basketball arcade game released by Midway in 1989. Billed by Midway as “A Basket Brawl”, the game features two-on-two full court basketball games in which players are encouraged to punch opposing players and steal the ball from them.

Arch Rivals allows players to select from a variety of fictional teams (although arcade operators can change the team names to reflect real ones) and players. One playable character, “Tyrone” was also featured in the animated Power Team segments of the television series Video Power. Home versions of the game were released for the Nintendo Entertainment System, the Sega Genesis/Mega Drive as well as the Game Gear. Emulated versions of the game were included in the compilations Midway Arcade Treasures 2, Midway Arcade Treasures Deluxe Edition, and Midway Arcade Origins.

The game has been considered a forerunner to Midway’s popular arcade basketball game, NBA Jam.

Games generally follows standard basketball rules; a full game consists of four quarters, with four minutes each. Each team has two players, and the objective of the game is to outscore the opponent until the final buzzer sounds. A player can call for his teammate to pass him the ball or to shoot it.

The difference between Arch Rivals and other basketball titles is the ability to freely punch an opposing player without penalty and steal the ball away. The referee will only call a foul for a shot clock violation. Also unique to the game are various on-court hazards such as soda cans and candy wrappers thrown onto the floor. If a ballhandler steps on those, he falls onto the floor allowing his opponent to steal the ball from him. Players could also fall over the referee in the same way as the objects on the floor, as well as steal the ball with a maneuver called the “flying leap” where the player would jump forwards at the opposition ball carrier. If the maneuver missed, the player would roll along the floor. If successful, the player would tackle the opposition holding the ball. In the Arcade version the “flying leap” would pull the oppositions shorts down, revealing the opponents underwear. On home ports of the game, these graphics were left out.

If you would like to support Gaming History Source. You can do so by making donations at.