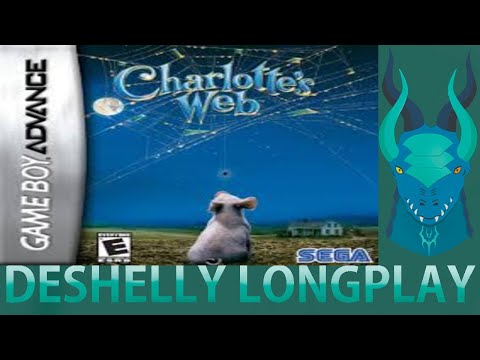 a full game/walkthrough/playthrough of charlotte’s web on game boy advance… this game was suggested by Subscriber.. enjoy

Charlotte’s Web is a 2006 adventure game based on the movie of the same name. Developed by Backbone Entertainment, it was released by Sega for Game Boy Advance, Nintendo DS, and Microsoft Windows. A separate version for PlayStation 2 was developed by Atomic Planet Entertainment and published by Blast! Entertainment in 2007, only in Europe.

The Windows version, subtitled Wilbur and Friends, features nine mini-games based around the characters from the film. The DS and GBA games are action-platform titles with several mini-games in each. Additionally, the DS version supports a ‘Nintendogs’ style pet simulator, which kicks in during every mid-level save point. Both titles feature the voice of Dominic Scott Kay, the actor playing Wilbur in the motion picture.