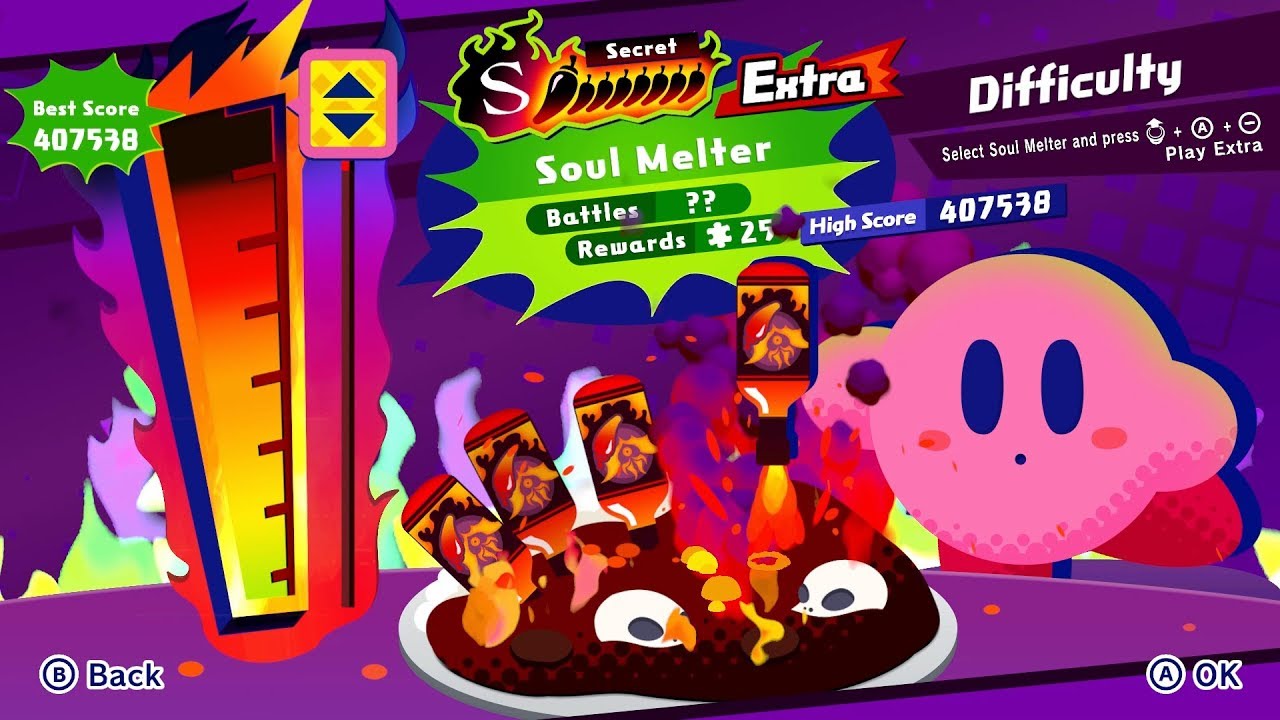 A full playthrough for the new “Soul Melter EX” difficulty in “The Ultimate Choice” game mode in Kirby Star Allies on Nintendo Switch.

This secret difficulty is unlocked by completing “Heroes in Another Dimension”, and is even harder than regular Soul Melter.

I played this co-op with my friend, and it was a lot of fun. Yeah, it doesn’t really showcase much skill, since it’s 2 player, but since my friend was here we just went with it. 👀

I may do a solo run later on, but probably not anytime soon because Smash Ultimate is coming out in a few days.

Below is a link to the Kirby Star Allies gameplay videos, including a 100% walkthrough and some compilations: