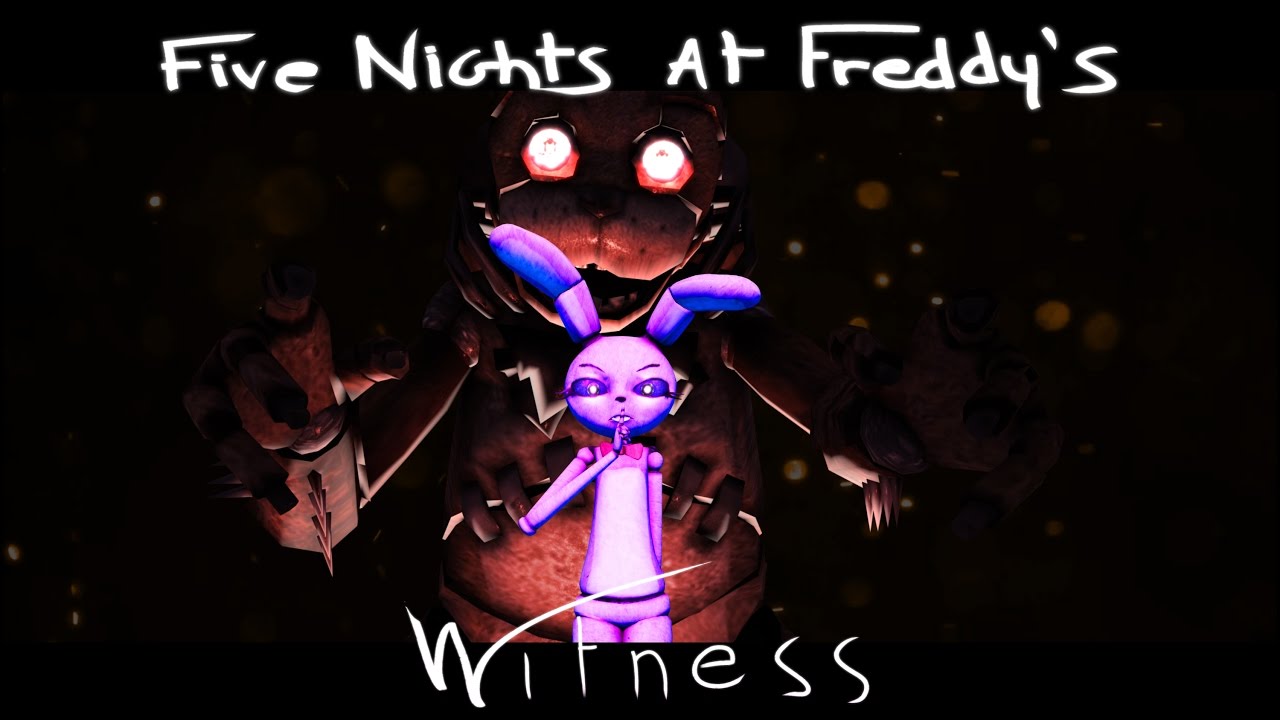 For a better enjoyment of this video and a better immersion, it is recommended to wear headphones and set your place in complete dark.

After almost 2 years in the making, here it is at last. Some years ago, I came across a model of Bonnie created by Schonn “ceilinmby pep” Hirst, based on a concept by Tg_Weaver. I saw in this character an amazing animating potential, and after making a little feature video ( ), I got that idea to combine them in a long video with the “drawkill” version of the animatronics, as they were made by the same modeller and have similar aspects. The first idea was to make a short fake gameplay sequence, like a concept, as I did for Hotline Miami some years ago ( ).
I got in touch with Jonathan “Laphin” Jones, to who asked to create some voices for me. He did an amazing job, so amazing I decided to expand my gameplay to something longer.
As there was no FNAF : Sister’s Location at the time, the story was inspired by an old theory that I liked, so of course this video is NOT completly accurate to the universe of Scott Cawthon. But I still like to think it works in his own way, and I hope you’ll feel the same !
I took a lot of inspirations from various horror games, my biggest one being “Cry of Fear” by Team Psykskallar (which remains one of my most favorite Survival Horror games), notably with the Drawkill Bonnie sequence and the music direction.

Now, sit back, and enjoy the show !

Based on characters and story created by Scott Cawthon ( )

Musics composed and performed by DeltaHedron ( )

Special thanks to MrBreino ( ) for the helping get in contact with DeltaHedron and forcing me to finish this video !