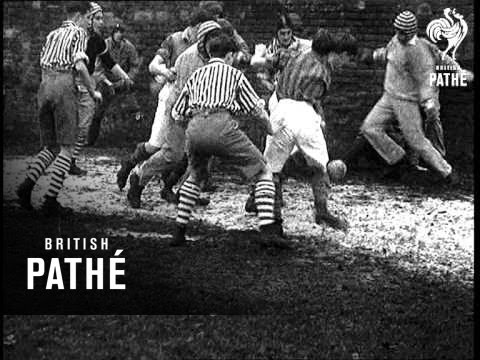 Collegers team in striped woolly caps and scarves walking towards the camera. Large crowds at grounds of Eton College. They have come to watch the St. Andrew’s Day wall game between Collegers and Oppidans.

Young men jumping on top of each other in a scrum against the wall – they are extremely muddy. More shots of the scrum and people watching. Collegers win.
FILM ID:805.18