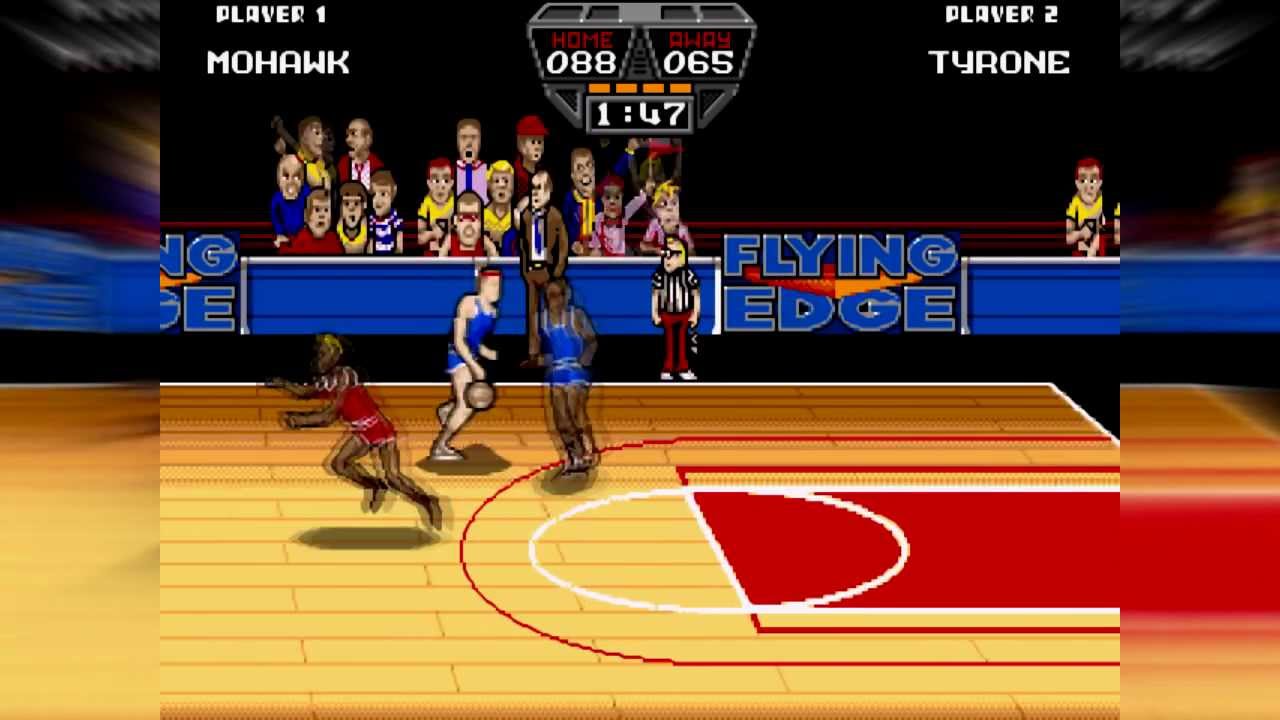 Arch Rivals is a basketball arcade game released by Midway in 1989. Billed by Midway as “A Basket Brawl”, the game features two-on-two full court basketball games in which players are encouraged to punch opposing players and steal the ball from them.

Arch Rivals allows players to select from a variety of fictional teams (although arcade operators can change the team names to reflect real ones) and players. One playable character, “Tyrone” was also featured in the animated Power Team segments of the television series Video Power. Home versions of the game were released for the Nintendo Entertainment System, the Sega Genesis/Mega Drive as well as the Game Gear. Emulated versions of the game were included in the compilations Midway Arcade Treasures 2, Midway Arcade Treasures Deluxe Edition, and Midway Arcade Origins.

The game has been considered a forerunner to Midway’s popular arcade basketball game, NBA Jam.